In this first post on Economic Alchemy, Money Magic examines how the evolution of money and currency have been agents of wealth transfer in the hands of the banks and government.

There are challenges with a pure barter economy:

A common medium of exchange addresses these challenges.

During the reign of the Roman Empire, soldiers were paid with salt. Everyone needed salt and it was scarce.  It was an ideal  medium of exchange. By the way, this is where the saying “worth his salt” originated.  Through the ages many items of value such as shells, seeds, types of stones, etc. were used.  Generally over time, the medium of exchange always seemed to tend towards gold and silver.  Everyone in the economic system could agree on the price of gold and silver.

With everybody using precious metals as a medium of exchange, theft became an issue.  Gold and silver smiths, who generally had secure premises, began charging people for the safekeeping of their precious metals.  This is how banks originated.

The amount of precious metal in an exchange needed to be measured by weighing.  All merchants needed to own a scale, a set of weights, and a means for cutting the metal into smaller pieces.  It was difficult for merchants to accurately determine the purity of the metal.

The Introduction of Coins

Gold and silver smiths saw the opportunity to standardize gold and silver into fixed denominations by minting coins (and putting the scale and weight manufacturers out of business).

There were innovations as coins evolved.  Coins with holes in the middle were strung together.  The unscrupulous used to shave the edges and circumference of coins collecting additional gold and silver for themselves.  Soon all coins were minted with a serration on the edges, and circumference, thereby making them tamper proof.

Governments were now collecting their taxes in coins.

The Characteristics of Money and Currency

Now is a good time in this discussion to identify the characteristics of Money and Currency, courtesy of Mike Maloney

War is very expensive business, often causing empires and governments to run out of money.  Quite often in history to create (the illusion of) more money, authorities debased their coinage by adding base metals to the precious metals.  For example, authorities added one part base metal for every one part precious metal, effectively doubling the coin supply (and halving the intrinsic value of the debased coins).  They then legislate the debased coins to have the same value as the original gold coins.  The authorities win initially as the new debased coinage is introduced into the economy by paying the soldiers the suppliers at the same value as the gold coins.  Once introduced, two consequences follow:

The Introduction of Paper Money (cash, bills, or bank notes)

The following image of a US$20 bill from 1928 clearly states that this note is backed by gold (top left quadrant) held at the US Treasury.

Banks during the Age of Discovery had become large vaults of gold and silver.  As people became accustomed to using bank notes, they rarely redeemed their gold and silver.  The banks saw all this gold and silver sitting idle as a wasted opportunity.  They conceived that if a fraction of this reserve could be loaned out at interest, the banks could profit from interest charged to borrowers on reserves that belonged to their depositors in addition to profiting from the safekeeping charges from the depositors.  The banks did not loan the gold and silver, but rather issued bank notes backed by the reserves.

Depositors Want a Slice of the Action

Banks operated in this manner for a while before depositors realized what was happening.  Depositors also realized that they could also profit in this arrangement by loaning their gold and silver to the banks at interest.  This is where interest on deposits originated.  Banks now made their profits on the difference of the interest they charged their borrowers and the interest paid to depositors.

What could possibly go wrong?

I see the following problems with this situation:

Nevertheless, fractional reserve lending continues to be the way banks the world over conduct their business.

Money Magic Trick 3: How Wealth is Transferred – The Crash of 1907

The Run Up to the Crash

The Dow Jones Industrial Average peaked at 103 in January of 1906.  Through 1906 and early 1907 the stock market continued to slide lower due to stresses on the US’s money supply including:

Through 1907 the public was losing confidence in the banks and there had been a number of of small runs on banks reducing their reserves considerably.  Some banks were stressed with less than 1% in reserves.

By October 1907 things started to unravel, an attempt to shore up the price of United Copper, failed, and stocks started to tumble.  On October21st.  National Bank stopped accepting cheques from the Knickerbocker Trust Company which triggered a run on and the ultimate collapse of the Knickerbocker company.

By October 24, JP Morgan purchased $30 million in treasury bonds to preclude New York City from declaring bankruptcy, and organizing a $25 million loan to prop up the Trust Company of America and other weak institutions.  At the end of the day JP Morgan had almost single handed saved the day.  The fact that JP Morgan had performed as a central bank, supported the prevailing opinion of the banking fraternity at the time that the country needed a central bank to avoid and manage such situations in the future.

JP Morgan profited immensely on the misfortune of the people who lost their savings in the banks.  The rationale of creating a Central Bank to manage such situations is applying a patch to a fundamentally flawed system, rather than fixing the flaw.  The flaw is fractional reserve lending, which precipitates boom bust cycles [source].  Only the banks and the mega corporations profit from the busts as they are either “too big to fail” and are bailed out or mop up the assets for pennies on the dollar at the expense of everyone else.

During the Great Depression, to stave off deflation all major currencies abandoned the gold standard.  The un-pegged currencies deflated requiring more currency to purchase the same amount of gold making it appear as if the price of gold was rising.  This appearance of the gold price rising was actually the US$ loosing value because of Fractional Reserve lending that had taken place in the previous decade.

Abandoning the Gold Standard . . . sort of

The Bank of England was the first to abandon the gold standard in 1931.  In the USA, the Federal Reserve had been raising interest rates to protect the gold standard, which was worsening an already dire domestic economy.  In 1933, after a number of bank runs, people began to hoard gold and distrust paper money (Gresham’s Law), worsening deflation and depleting gold reserves.  The US government abandoned the gold standard domestically (including the use of gold coins as legal tender) and allowed the US$ to float on international markets.

Following is an image of a $20 bill from 1934, without any mention of being “redeemable in gold” in the legal tender designation.

In 1935 the US$ was pegged again, this time at $35, effectively devaluing the US currency by 41%, and having the appearance that the price of gold had risen by 69%.  Between 1933 and 1935 US citizens became 41% poorer paying for the prior sins of fractional reserve lending.  The general population felt this 41% decline in wealth by prices of goods and services increasing in the late 1930’s.  It was not that goods and services were becoming more valuable, only that the US$ had lost value.

World War II devastated the major world economies, while leaving the USA relatively unscathed.  The USA was neutral until it was attached at Pearl Harbor in 1941, forcing it’s hand to join the Allies.  While neutral, US industry produced armaments and war materials, bolstering it’s military and selling to both sides in Europe.  Much of the hardware shipped to Europe was paid with gold.  For the first time since the start of the Great Depression, the US’s industrial engine was firing on all cylinders, and money was flowing into the country.  During its involvement in the war, its strong economic position held, as it also produced the hardware for all the Allied forces.

With it’s economic dominance after the War, the Bretton Woods Agreement codified an international monetary order based on the US$.  The currencies of the signatory countries fluctuated against the US$.  As the US$ was tied to gold at $35 an Oz, so were all signatories.

By 1960 the US government, mired in the Vietnam war and experiencing economic difficulties was selling its gold reserves to keep afloat.  The US government was concerned that its currency in circulation outside its borders exceeded it’s gold reserves, making it vulnerable to the currency equivalent of a bank run.  To avoid this they needed to devalue their currency against the gold price, breaking the Bretton Woods agreement.  But this would cause the rest of the world to lose more confidence in the US $ and redeem there gold from the USA’s insufficient supply.  They managed to kick the can down the road for another decade, until Nixon’s executive order of August 1971, abandoning the gold standard, and becoming a fiat currency.  By association, all currencies linked to the US$ by the Bretton Woods agreement also become fiat.

En route to becoming a fiat currency, in 1963 the wording on the US$ bank notes changed.

The removal of “Will Pay To The Bearer On Demand” is significant.  To me it means that although it is legal tender, there is no obligation by the government or Federal Reserve to honour the exchange.  That is, these bank notes can be legal tender, whereas prior to 1963 they had to be legal tender.  There is some irony in the coincidence that “In God We Trust” also appears on bank notes printed after 1963.

As I conclude this post in October, 2016, I do believe

How do we create and protect a nest egg?  It is abundantly clear that saving money at interest rates below inflation does not work.  We can arm ourselves by becoming more educated and better informed.  With our new found knowledge we are better able to seek out wealth and prevent its erosion.  I am sharing my education journey with you. 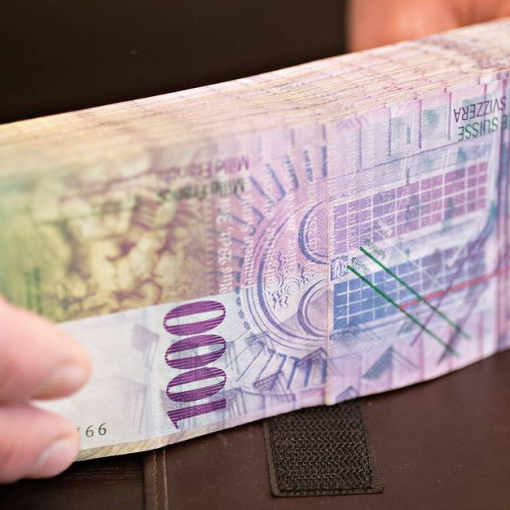 Money is the most powerful and pervasive secular force on the planet. Yet for most, it is a source of mysticism and […]